Black people’s vulnerability to the coronavirus has less to do with personal actions. It’s about America, racism and a system that is working to perfection for white supremacy. 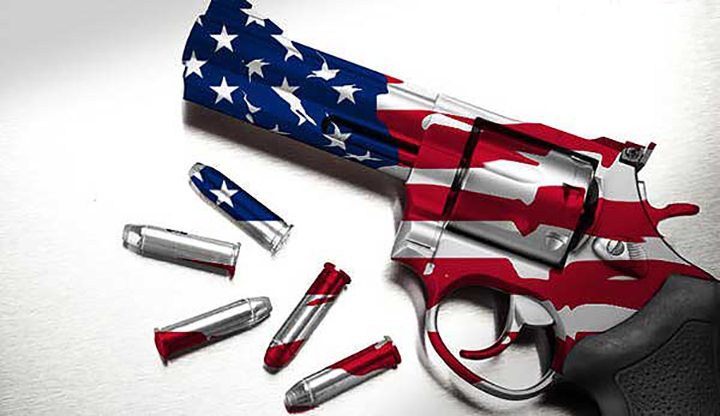 Two things have happened over the course of the past few weeks as the coronavirus’ precise path of devastation in America has crystallized:

2. As we’ve learned about this fact, we’ve also seen the coronavirus turn from an inescapable force of nature into something that victims should be blamed for contracting. Now, suddenly, we’ve seen more admonishing of Black folks for being the most likely to die. We are the ones most likely to have underlying conditions that make us more likely to have complications — hypertension, high blood pressure, diabetes, etc. Now it’s our fault we have these diseases. Everyone from your uncle on Facebook, blaming Black people for not adhering to Shelter In Place edicts (though I’d argue white Fox News viewers, Trump supporters and evangelicals are just as likely to ignore warnings than any Black people going to church or hanging out in groups) to the surgeon general telling us to stop drinking for “Pop Pop.”

But here’s what you need to know: Black people’s vulnerability to the coronavirus has little to do with our own actions. It’s about America, racism and a system that is working to perfection for white supremacy.

To understand how, a history lesson is in order.

There are two Black families. They were both descendants of slaves brought to America against their wills. Those family lines survived slavery, Jim Crow and racial terror to have future generations.

The year is 1950. Family A lives in Alabama. Family B lives in Greenville, Mississippi. Racism, lynchings, lack of access to jobs, force the two families to flee to the north during what will be known as The Great Migration where Black people spread across the country to find safety and hopes of opportunity. Family A moves to Newark, New Jersey. Family B moves to Harlem, New York.

A few years later — 1960 or so — Family A has a daughter named Anne. Family A can’t find housing in Newark as they are denied loans and even applications to rent in the heart of town. They’re forced to live near a toxic waste site in the city’s outskirts. As a result, Anne develops chronic asthma, needing inhalers for the rest of her life.

Family B has five kids — one being John, who was also born around 1960. After struggling with employment, John’s father is overcome by drug addiction and disappears. John’s mother raises the five kids alone. Food stamps become a critical method of survival for Family B. To make the food stretch, John’s mother has to buy food high in sodium, low in nutritional value. The family misses meals throughout John’s childhood but he still grows up obese and suffers from diabetes.

Later in life, John and Anne meet through a friend of a friend. They fall in love. They get married. Anne is a teacher, working so she can retire in five years. John is working odd jobs to make it. They have a modest apartment in the Bronx. They do what they can to live the American Dream.

Anne is home while school is out, but she is struggling to do digital teaching. Their internet is spotty in that all-Black neighborhood. She also struggles to understand this thing called Zoom. Many of her 5th graders live in nearby Section 8 public housing. Many are unable to get their lessons. Only half of the students turn in work. She’s lost contact with nine of them.

John found a job at an Amazon warehouse a few years back. He doesn’t have paid time off and can’t miss a day of work. So he gets on a crowded subway train every morning, people cough all around him. He gets back on that train at 5. The same. He can’t move without bumping someone.

John develops a cough and doesn’t feel quite right for a couple of days, but he doesn’t develop a fever right away. Anne seems fine, too. He continues to go to work because the family has $400 in savings and can’t afford a missed paycheck. He’s gone to work sicker than this, he thinks.

After five days, Anne develops a fever. She has chills so bad her teeth chattering keeps her up at night. She tried to get a test but the hospital is overloaded. John starts to feel symptoms too. He has a fever so bad he has a hallucination of his mother who passed 20 years ago. He finally stays home from work. He stops answering his boss’ calls. He figures his job is lost.

One morning, he hears a thud and sees that Anne has collapsed. She can’t breathe. She’s rushed to the hospital. John can’t go with her. Those are the new rules.

For two days he doesn’t hear from Anne or anyone at the hospital who can tell him where she is. Then he feels it, too. He can’t say two words without feeling faint. He calls an ambulance. He’s at the hospital, too.

Same hospital as his wife. But he doesn’t know where she is. He’s attached to a ventilator. He’s in and out of consciousness. He remembers the doctor telling him that his diabetes makes him a higher risk. His wife’s asthma makes her high risk too.

They’re both in the same building fighting for their lives. Breathing. Barely. Not knowing if they’ll ever see each other again.

This is how the coronavirus kills Black people. This is how half of the related deaths in Mississippi are Black. This is how 70 percent of the deaths in Louisiana are Black. Sixty-two percent in D.C. And so on. And so on. Not by Black negligence. Not by Black irresponsibility. But because this is how America has been designed since the very first Black footsteps touched down on this country’s soil. The virus and all of its terror is simply one of the many ways weaponized America-ness kills. And kills. And kills.

Source: For Black America, COVID-19 Is The Bullet. America Is The Gun