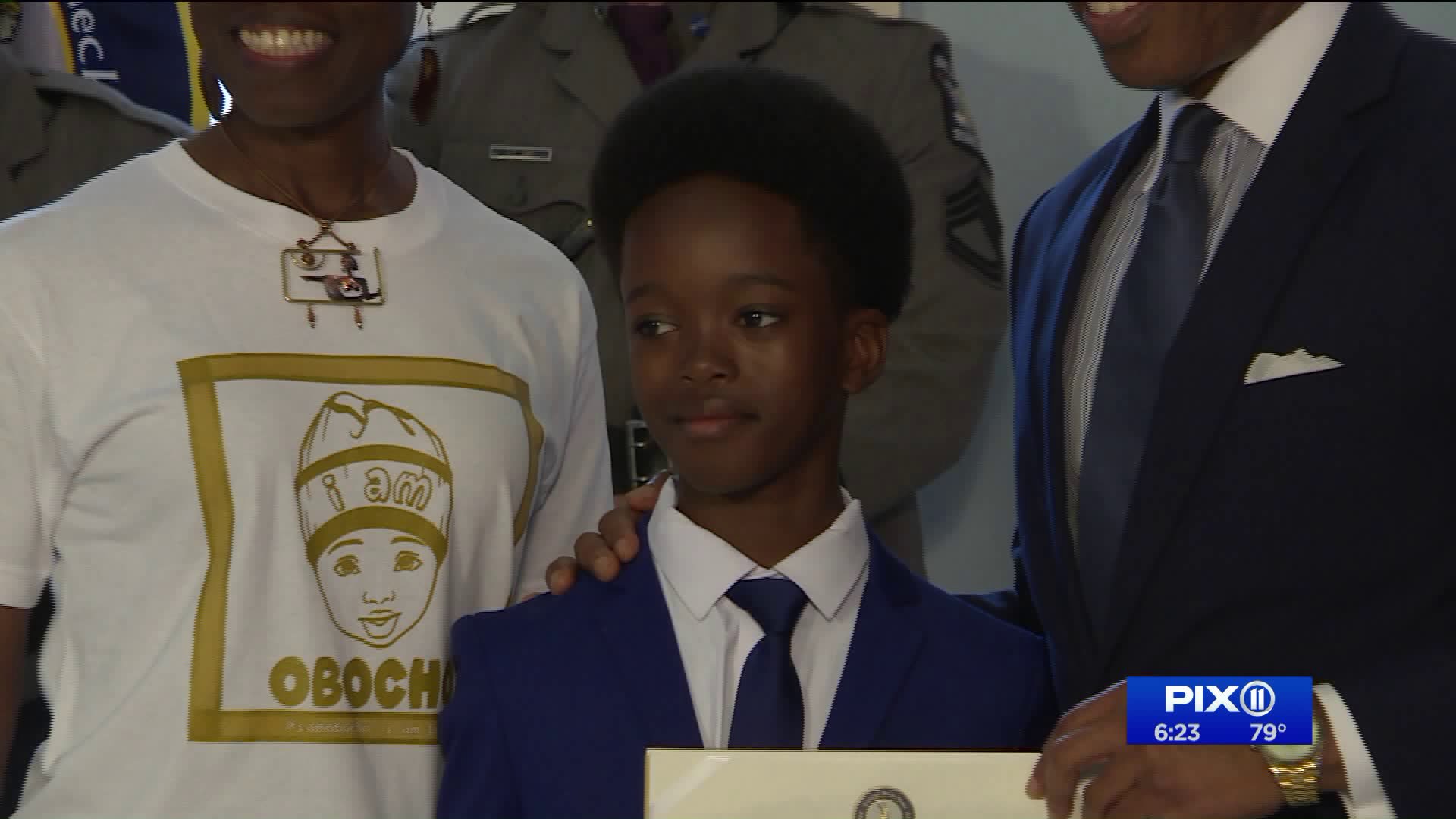 Obocho Peters opened the store on his 11th birthday.

One of Brooklyn’s newly minted entrepreneurs is a fifth grader with a mission to provide inexpensive clothing options for underprivileged families. In celebration of his 11th birthday, Obocho Peters opened a thrift store in his community dubbed Obocho’s Closet, PIX 11 reported.

Meet Obocho Peters (@iamobocho), an 11-year old entrepreneur who owns his very own thrift store called Obocho’s Closet in Brooklyn, New York City. He actually first launched the venture as an online business when he… https://t.co/K6u8gf4sgu

The store—which is located at BKLYN Commons—sells gently worn children’s garments. The young entrepreneur’s inspiration for the business stemmed from his personal experiences. He initially developed the idea for the thrift store two years ago so that he could generate money to purchase his own toys and help his single mother. The concept for the store evolved as Peters started exploring ways to make a larger impact in his community. He says he created Obocho’s Closet to alleviate financial burdens experienced by families in need so they could focus on investing in the futures of their children. He started with a digital platform where he sold affordable children’s clothing and then launched a GoFundMe to bring his vision of opening a physical location for his store to fruition.

“I came up with the idea to sell the clothes and shoes I no longer wore when my mom told me that she couldn’t afford to buy me 8 toys from the movie Avengers Infinity Wars,” he wrote on his GoFundMe page. “When she shared her hardship with me, I realized that other families must face these same challenges when taking care of their children. That idea turned into the mission I have today—to help the community grow.”

Peters hosted a ribbon cutting ceremony for the store on December 28. He was surrounded by loved ones, elected officials and residents as he introduced the store to the local community. “I am so proud of you. I believe this is just the beginning,” Brooklyn Borough President Eric Adams told Peters during the ceremony. “People all over the globe are watching you.” Peters says he will use a portion of his sales to fund free financial literacy workshops at his store and he wants to open other locations.

He hopes his entrepreneurial journey inspires others. “I want to tell them never give up on their dreams and always go for their goals,” he told FOX 5 NY. Obocho’s Closet is located at 495 Flatbush Avenue.