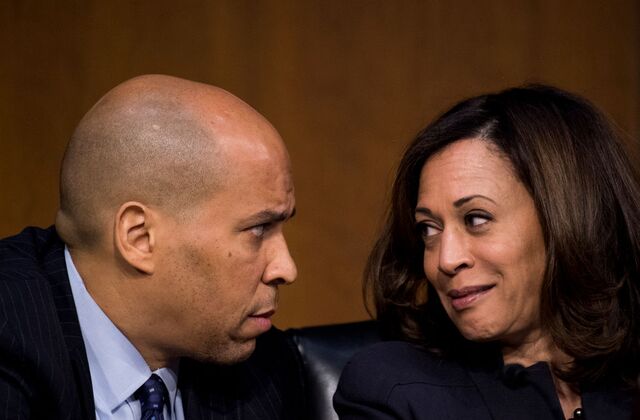 The Congressional Black Caucus has weighed in on the $20B lawsuit between Byron Allen‘s Entertainment Studios and the media companies, Comcast and Charter. Just in the nick of time, hours before the deadline for amicus briefs were to be filed in the highest court of the land, CBC members added their political voices to the powerful choir against Comcast, Charter and the President Donald Trump‘s Department of Justice regarding what Erwin Chemerinsky believes is the most important civil rights case of our time.

The DOJ filed an amicus brief earlier this summer which stated that Allen and his team (and if they win… all Black owned businesses) will have to prove that race is the only factor in refusal to work with a business.  The CBC understands that this re-imagining of  the Civil Rights Act of 1886 is problematic, particularly since systemic racism is not necessarily overt.

According to Deadline, among those who have lent their voice in protest are presidential candidates, Sen. Cory Booker (D-NJ) and Sen. Kamala Harris (D-CA). However, they are not alone. Earlier this week, a tsunami of the nation’s most respected civil rights organizations have let off sirens of opposition against what would be a dynamic change to a civil rights statute enacted to protect Black people from discrimination in business. The case, which will have the Civil Rights Act of 1866 smack dab in the middle of it, has reached the political mountain of The Supreme Court and is to be heard on November 13.

“As members of Congress, amici have a strong interest in ensuring that the laws Congress has passed are interpreted in a manner that is consistent with their text, history, and Congress’s plan in passing them,” says the brief filed by The CBC this Monday. “…The statute at issue in this case—42 U.S.C. § 1981—was passed immediately after the Civil War as part of a broader effort to ensure that the newly freed slaves enjoyed the same rights as other citizens.”

The brief continued, “This Court should not rewrite Section 1981 and disturb the vital protections that Congress passed that statute to provide.”

Booker and Harris are not the only voices from the race to the White House chiming in on this important issue. Mayor Pete Buttigieg was equally disturbed about the partnership formed between Comcast, Charter and the DOJ.

On October 1, he said, “It’s very clear that the civil rights division of the DOJ is not very energetic when it comes to civil rights, right?” The next day he took it even further, “This is critical because we need that economic empowerment to happen. I think this conversation needs to happen alongside the reparations conversation.”