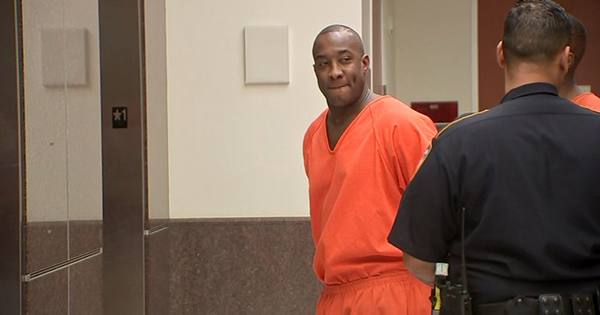 Houston, TX — 42-year old Lydell Grant, a Black man from Texas, has been behind bars for the past 7 years serving a life sentence after being convicted of a murder that he says he did not commit. There has even been a DNA test administered that has proved his innocence, and yet he still remains in prison.

Grant was accused of chasing down and fatally stabbing Aaron Scheerhoorn, a 28-year old man, near a night club in Montrose, Texas in December 2010. Grant was arrested days after the incident because of a Crime Stoppers tip.During the trial, no one testified about whether the victim and Grant, who was a gang member and has previous arrest records, knew each other before the incident. He has since maintained his innocence and said that he did not commit the crime. But in 2012, Grant was convicted and sentenced to life in prison for murder.

Just recently, new evidence and testimonies prove his innocence. Aside from eyewitnesses who said Grant was not the one who killed the victim, the state DNA expert testified that Grant’s DNA does not match the DNA recovered from below the victim’s fingernails.

Moreover, the DNA test, which was even retested by the Innocence Project of Texas and the DPS crime lab, reveals that the identified suspect still remains at large.

While his release and exoneration are on the process, he could have been released on bond. Last week, Grant was in court for the hearing that would allow him to be released on bond, but the judge ruled he will remain in custody.

Another hearing is scheduled in late November but his family was somehow disappointed that Grant would still have to remain in custody and their reunion was postponed until then.

“We know he’s innocent, and we’re gonna fight to the end,” his aunt, Kitsye Grant, told ABC13. “They really need to go and find the right person. What I feel bad for is the mother of the young man, the victim. They got the wrong person.”