The comedian breaks it down. 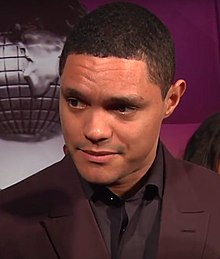 Kanye West has been on an anti-Black rant for a few years. Now, with the release of his “Jesus Is King” album, he is spitting out dated Fox News talking points.

Comedy Trevor Noah is not here for it, especially the insults to Black women.

Noah is tired of West claiming Black people are brainwashed because they don’t think like him — someone who has never voted and is a proud non-reader of books. Noah said last night on “The Daily Show With Trevor Noah,” “I don’t disagree that you can have your own opinion… but this is what I don’t like, is when Kanye West and people like him will say, ‘Black people in America have been brainwashed… into voting for the Democrats, believing that they’re victims, but we’re not victims! We can vote Republican! We can do whatever we want!’”

Noah then checked Kanye’s privilege, “You get to a point, and it’s true, when you are famous and rich enough as a Black person where it’s like, yeah, your life isn’t affected the same way by Republican policies. In fact, it may even be beneficial for you as a rich person to vote Republican because they’re like ‘less taxes,’ and you’re like, ‘Yeah, I’ll take that.’”

Clearly nothing but facts.

He stressed Black women voters are clearly far from brainwashed and not victims.

The rapper has released his new album “Jesus Is King.” He recently told  Zane Lowe on Apple Music’s Beats 1, “Now I’m letting you know what Jesus has done for me,” he said. “I’m no longer a slave. I’m a son, now, a son of God. I’m thinking of something I wanna say out loud — Christian innovator. When you’re thinking about the church—because it has to stand on the word so hard — it loves to be extra traditional to the point of blocking innovation.”

Along with “Jesus is King,” West also hinted at an upcoming Christmas album called “Jesus Is Born.”