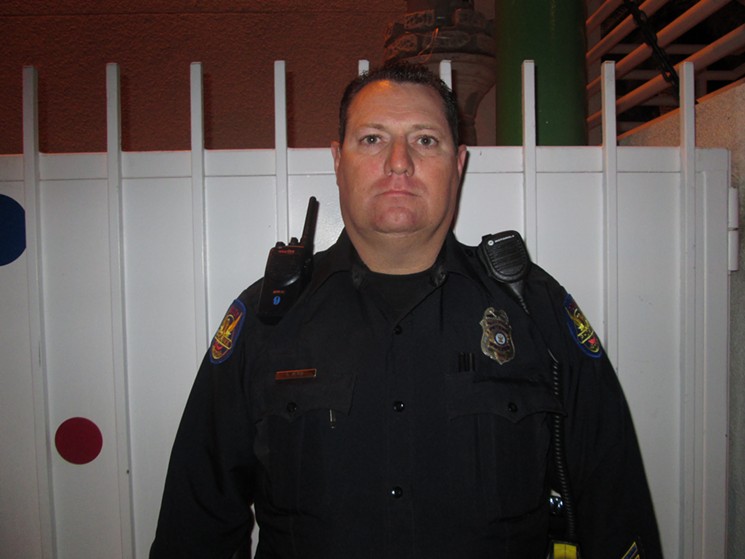 A police officer in Phoenix has been fired after he pointed a gun at a Black family. Officer Chris Meyer was fired on Oct. 22 after months of being on administrative leave.

“In this case, a 240-hour suspension is just not sufficient to reverse the adverse effects of his actions on our department,” Williams, who is a Black woman, said during a press conference on Friday.

On May 27, Meyer was captured on a cell phone video threatening to shoot a father as other officers pointed guns at his pregnant fiancee and their children. The incident occurred after the couple’s four-year-old child allegedly walked out of a Family Dollar with a baby doll. The parents did not know the child had picked up the doll while they were shopping.

He also slammed Ames to the pavement and placed him in handcuffs. Meyer then yanked Ames off the ground and kicked Ames’ legs apart while yelling, “When I tell you to do something, you f—g do it!”

Ames’ fiancee, Iesha Harper was pregnant at the time and sat in the backseat with their two daughters, a one-year-old and the four-year-old. The officers yelled at Harper to get out of the car and she told them, “I have two kids.” One of the cops responded by yelling, “I don’t give a s—, put your hands up.”

The store manager declined to press charges against the couple and they were eventually released.

Williams also announced the firing of Officer Clinton Swick for making a series of offensive Facebook posts berating Muslims and encouraging violence against protesters.
View the video after the jump.