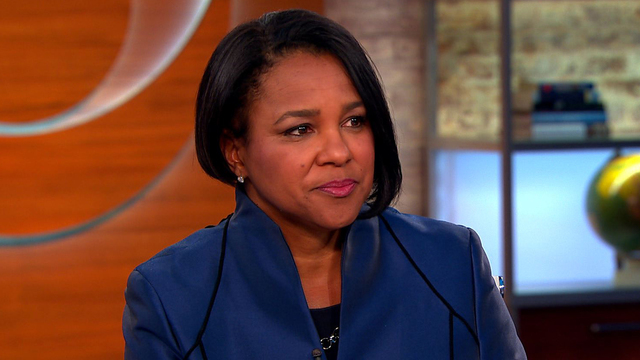 Starbucks is one of those places that is so pretentious that even if that was the only thing off about them there wouldn’t be a whole lot of people that would admit to drinking their coffee.

The second thing is that their views are pretty much backwards of how things should really be. Wanting to hire refugees over veterans is one of those things where you couldn’t get anyone with decency to drink that swill even if you paid them.

The coffee chain giant had, until recently, Howard Schultz as CEO. You might remember Howard. He is a hard-core liberal who vocally supported Barack Obama and Hillary Clinton in their presidential races. He famously dismissed supporters of traditional marriage when he said any Starbucks investor who didn’t support gay marriage should sell their shares and take their business elsewhere. Yeah, that guy.

Schultz stepped down as CEO in 2017, but still remains the executive chairman. Starbucks finally found his replacement, however, when they announced that Rosalind Brewer would serve as the new CEO of Starbucks. Brewer served as CEO of Sam’s Club until earlier this year.

It was an announcement hailed by many in the business community, but not all, as Brewer has a history of controversial statements. In particular, it appears she gets triggered by the sight of white guys in board rooms.

It all goes back to an interview she gave CNN in 2015, in which she seemed to have a problem with too many white men in corporate America.

The Washington Post reported on a particular exchange in the interview. CNN’s Poppy Harlow asked Rosalind Brewer about what it would take to see more women at the top of corporate America. Brewer answered.

“My executive team is very diverse, and I make that a priority,” she told Harlow. “I demand it of my team and within the structure. And then, every now and then, you have to nudge your partners, and you have to speak up and speak out. And I try to use my platform for that. … I try to set an example. I try to mentor many women inside my company and outside the company because I think it’s important.

“And I talk to my suppliers about it. Just today we met with a supplier, and the entire other side of the table was all Caucasian males. That was interesting. I decided not to talk about it directly with [the supplier’s] folks in the room because there were actually no females, like, levels down. So I’m going to place a call to him.”

That set off a firestorm, as many wondered why she would get so upset over the sight of a lot of white guys. Her defenders said her critics, in turn, were either racist or sexist.

Here’s the real problem: Brewer called out one of her own suppliers in a national interview with CNN, accusing them of discriminating against minorities and women because all of the higher-ups were white guys.

No one should have a problem with wanting a more diverse corporate leadership. Opening up opportunities to women and minorities is important, if not essential, to long-term success. Brewer herself, however, should know that the issue is far more complicated, and the lack of minorities and women in leadership of a business is not indicative of bias. A meeting room full of white guys is not proof of white patriarchy.

Starbucks can afford to be more diverse, because as a high-profile corporation, they have access to the best and the brightest candidates in business. They are more likely to find the diversity they want.

Source: The NEW Starbucks CEO Has Admitted She Doesn’t Like White People…