An Alabama man who was serving a life sentence for stealing $50 will be released in the next few days — after spending 36 years behind bars. 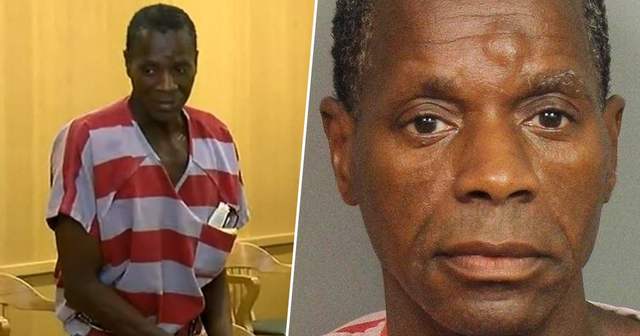 Alvin Kennard was 22 years in 1983 when a judge sentenced him to life in prison without the possibility of parole. Now, thanks to another judge’s curiosity, the 58-year-old man will see freedom.

The crime that landed Kennard in jail? Stealing $50.75 from a bakery. Despite the relatively minor theft, it was a legal technicality that put Kennard behind bars for so long.

His sentence stemmed from Alabama’s Habitual Felony Offender Act, or “three strikes law,” which was enacted in the 1970s to punish repeat offenders. Under the act, Kennard’s theft — his fourth conviction — meant that the judge had no choice but to sentence him to life without the chance of parole.

The law was changed in the early 2000s, but it didn’t retroactively apply to Kennard’s case. Instead, it was Jefferson County Circuit Court Judge David Carpenter who set Kennard’s freedom in motion.

“[Judge Carpenter] noticed how odd it seemed that someone was serving life without parole for a $50 robbery, Kennard’s attorney, Carla Crowder, told ABC News. “This was a judge that kind of went out of his way.”

Carpenter resentenced Kennard’s case on Wednesday, ruling that his time served was satisfactory. It’s unclear when exactly the 58-year-old will be released.

“I just threw my hands up and said, ‘God, I thank you, I thank you,'” Kennard’s niece, Patricia Jones, told WBRC after the judge’s decision.

Kennard, who was described as a “pretty exemplary inmate,” said he’s ready to enter normal life and be with his family. He plans to work as a carpenter once he’s released.

“I just want to say I’m sorry for what I did,” Kennard told the court. “I take responsibility for what I did in the past. I want the opportunity to get it right.”

“What’s extraordinary about Mr. Kennard is that even when he thought he was going to be in prison for the rest of his life, he really turned his life around,” Crowder said of her client. “He is overwhelmed at this opportunity, but has remained close with his family, so he has incredible support.”

Crowder also noted Kennard’s compassion while in prison, saying that he was already making arrangements to give away his belongings.

“We talked about his different possessions and who he wanted to give them to, because there’s such deprivation there,” she said. “He wanted to make sure that somebody else got his thermals so they could stay warm this winter.”

Several friends and family were in court to support Kennard on Wednesday. When the ruling came in, they jumped up and raised their arms in celebration, the Guardian reported.