In 2015 a video surfaced of then 15-year-old Dajerria Becton being assaulted and violently arrested by a police officer at a pool party in McKinney, Texas. The video went viral back in 2015 and gained a ton of media attention. Now, Becton has won a settlement for $148K after filling a federal lawsuit. 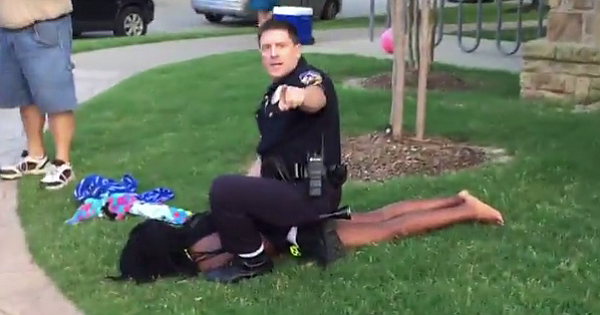 In June 2015, Dajerria Becton was attending a pool party when she was grabbed, slammed to the ground and handcuffed by police officer Eric Casebolt who was responding to a disturbance complaint at the pool party. Witness said Casebolt allegedly pointed a gun at two other Black teens who were trying to help Becton.

Casebolt resigned four days after the incident when Police Chief Greg Conley called his behavior “indefensible.” There were no criminal charges made against him.

Last year, Becton and her legal guardian, Shashona Becton, sued officer Casebolt, the police department and the city of McKinney for $5 million in damages for “mental anguish, loss of quality of life, and attorney fees.” Last month, she received $148,850 from the settlement.

Her lawyer, Kim T. Cole said, “This girl will never be the same. Anyone who has been a teenage Black girl knows how hard it is, and to have this type of negative publicity, in your bikini, shown all over the world. It tore her up. We don’t know who she would have been had this not happened.”

On Saturday, Cole will be hosting a pool party to celebrate the end of the lawsuit and their high school graduation. “My goal is to redo this experience,” she told Teen Vogue. “Dajerria recently told me she hasn’t been swimming since the incident.”