Larissa FastHorse: “I honestly never expected to be on this list as a Native American playwright, and that’s really sad.” 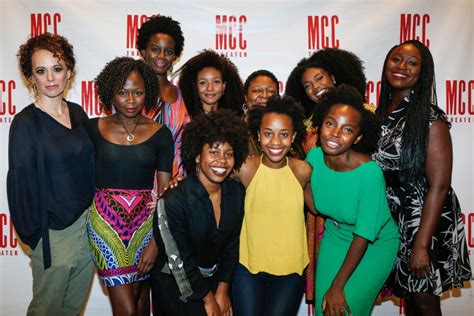 Every year since 1994, American Theatre has released a list of the Top 10 Most-Produced Plays and Top 20 Most-Produced Playwrights as part of its October season preview issue. On Wednesday (September 18), the latest report revealed that playwrights of color and women are well-represented for the 2019-2020 Broadway season.

After surveying almost 400 productions, not including holiday shows and works by Shakespeare, the magazine found that five out of the top 14 plays (up from 10 because of ties) on the list, were written by women of color. This includes Dominique Morisseau’s drama “Pipeline,” about the school-to-prison pipeline; both “Cambodian Rock Band” (about a Khmer Rouge survivor) and “The Great Leap” (inspired by events from the writer’s life) by Lauren Yee; “School Girls; Or, The African Mean Girls Play” by Jocelyn Bioh, which addresses colorism; and “The Thanksgiving Play” by Larissa FastHorse, about a group of White liberal teaching artists who are struggling to put together a Thanksgiving pageant that is sensitive to Indigenous people and is the first work by an Indigenous playwright to appear on the list.

“I honestly never expected to be on this list as a Native American playwright, and that’s really sad,” FastHorse told The New York Times. “The exciting thing is that I think this proves what many of us Native playwrights have been saying for decades: Americans want to see these plays, they want to hear about Indigenous issues and learn more about the original history of this country.”

The full lists can be found at AmericanTheatre.org.

Source: Plays Written by Women of Color Reign on Broadway