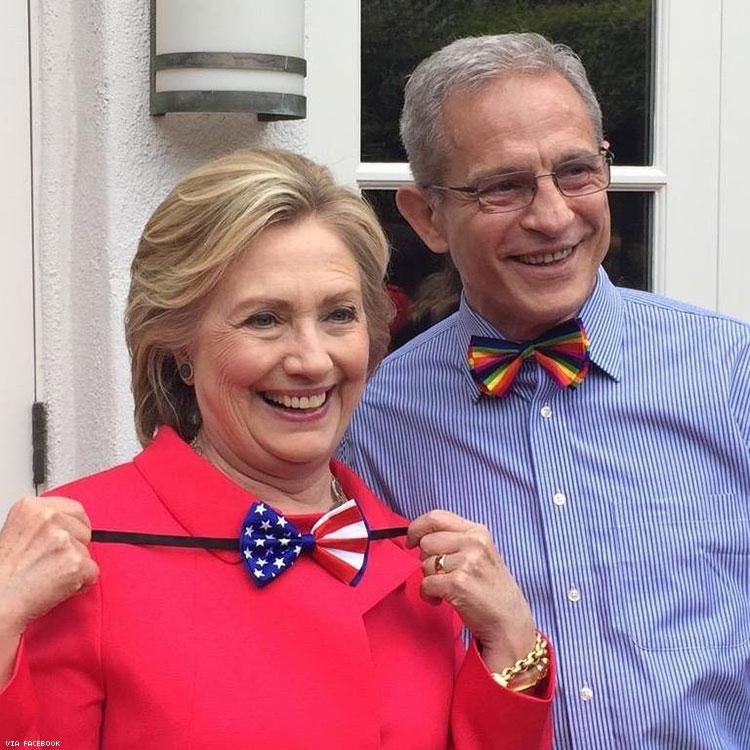 More details are coming out about Ed Buck who was a known predator that preyed on vulnerable Black gay men. The 65-year-old allegedly had at least 10 other victims.

In 22 pages of court documents, via The Guardian, one victim fell asleep on Buck’s couch and was drugged. He went to the hospital the next day and reportedly had been drugged with a “tar-like substance.”

The complaint doc read, “Buck told Victim 5 that it was not gratifying for him if Victim 5 did not ingest methamphetamine.” Another victim who was homeless claimed Buck’s “role-playing and fantasy to inject people with methamphetamine. Buck assured him that it would be fine.” The wealthy Democratic donor “emptied an entire syringe in him.”

Another victim claimed he was paralyzed with a tranquilizer and when the victim wanted to leave Buck “became frustrated and obtained a power saw from a closet, turned it on, and approached [the] Victim with it.” The victim manage to escape.

An additional victim claimed Buck gave him what he was thought was vodka, feel asleep and woke up to Buck injecting him with meth. He could not move and felt “excruciating pain” in his anus. There were metal clips fastened to his nipples, which he tried to take off and Buck laughed.

Earlier this week, Buck was finally arrested and charged with one felony count each of battery causing serious injury, administering methamphetamine and maintaining a drug house. Two Black men died in his West Hollywood, California, home within 18 months and another unidentified 37-year-old man overdosed on Sept. 11.

Gemmel Moore is the 26-year-old who was found dead in Buck’s home on July 27, 2017. It is alleged by Moore’s mother that Buck “injected her son with a lethal dose of crystal methamphetamine,” CNN.com reported. “The complaint describes Buck as a wealthy white man who ‘had a predatory and injurious system of soliciting Black men and watching them cling to life.’ It accuses him of wrongful death, sexual battery and assault and says he was not prosecuted ‘because he is white, and because Mr. Moore was Black.’”

Moore’s death was initially called an accidental methamphetamine overdose. However, the Los Angeles Times reported that Moore wrote in a journal a few months before he died that he was using drugs and “Ed Buck is the one to thank. He gave me my first injection of chrystal [sic] meth.”

On July 4 of 2017, 23 days before Moore died, an escort reported Buck to authorities for drugging Black men, but nothing was done. After Moore died, Buck’s apartment was searched. Law enforcement allegedly “found the following items in Buck’s two-bedroom apartment: 24 syringes with brown residue, five glass pipes with white residue and burn marks, a plastic straw with possible white residue, clear plastic bags with white powdery residue and a clear plastic bag with a ‘piece of crystal-like substance.’”

According to the Daily Beast, a coroner’s report claims Buck told the sheriff’s department that Dean had “bizarre behavior.” In addition, “The witness [Buck] observed him using a piece of clothing to make a noose and tied it around his neck. The witness relays that he removed the ‘noose’ and the decedent then stood up and began throwing clothes up in the air.”

Buck claims he went to take a shower and when he returned to Dean he was found unresponsive. “The witness reported that he did not see the decedent taking any drugs and they did not have sex,” according to the report. However, the the coroner’s report also says Dean died on a living room floor on a mattress “littered with drug paraphernalia and sex toys.” Even more disturbing, 64-year-old Buck waited 15 minutes before calling 911.

It was reported that Dean died of a methamphetamine overdose.

Dean reportedly warned other people to say away from Buck. He claimed Buck had a fetish for men wearing white long johns and once said, “Don’t go in that house because you might never come back.” When the first Black man was found dead in Buck’s home, he allegedly said Buck was the “devil” and that “This might be it for Ed Buck.”

Los Angeles County District Attorney Jackie Lacey, who is a Black woman, has been slammed for not charging Buck earlier.

Hopefully, this will be the beginning of Buck paying for his actions. See the video below of Buck being arrested:

Source: Ed Buck Reportedly Had 10 Other Victims And Drugged One With ‘Tar-Like Substance’