A California man has filed a lawsuit accusing five Pennsylvania police officers of responding with “unreasonable and excessive force” when he “extended his middle finger” at one of the them in 2017.

John White, 29, asked for a judgment in excess of $150,000 after filing the suit Friday in Pennsylvania’s Eastern District, according to Lancaster Online. 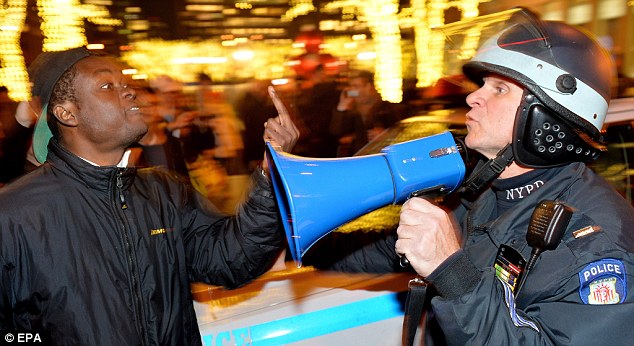 The incident began when White was walking past the gas station to his vehicle with his mother, according to the lawsuit.

Police were on the scene handling a nearby disturbance, and White extended his middle finger toward Reich, White alleged in the lawsuit.

Reich motioned to other officers to arrest White, and Thomas tackled him without announcing his presence and kneed him on the ground, White said in the suit.

Police documents however, gave a different account of what happened, according to Lancaster Online.

According to police, White crossed the street to a fight involving about 50 people at Catalina’s, circled the group, yelled derogatory statements and pointed his middle finger at Reich.

White was cited with disorderly conduct a few days later, found guilty and ordered to pay a $300 fine, according to court records Lancaster Online obtained.

White said he suffered “severe” injuries to his left elbow, leg and knee as well as a head injury, facial abrasions and multiple contusions in the encounter, according to the suit.

The city of Lancaster, which is about 80 miles west of Philadelphia, is also named in the suit and accused of failing to provide training and supervision related to use of force, Lancaster Online reported.

1 thought on “Giving Pennsylvania Cops the ‘Middle Finger’ Is Apparently Enough to Get Kneed and Tackled, Victim Files Lawsuit Against 5 Cops Involved”