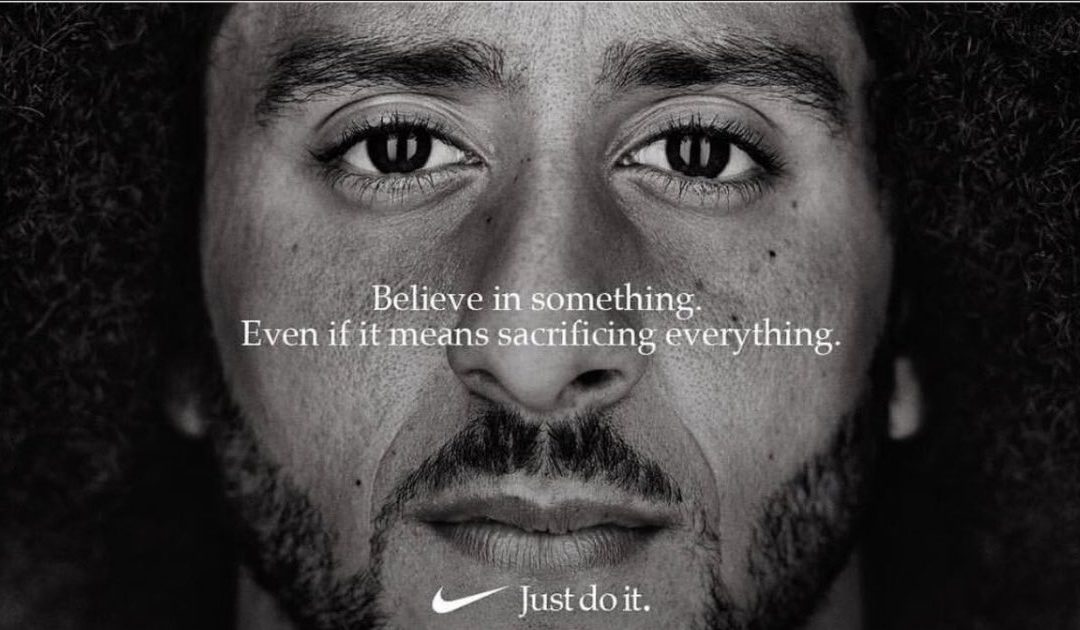 Colin Kaepernick may never win a Super Bowl, but he continues to win in other arenas. On Sunday, the controversial Nike ad that he starred in last year won an Emmy for outstanding commercial at the 2019 Creative Arts Emmy Awards.

The commercial, titled “Dream Crazy,” features Kaepernick alluding to the sacrifice he made by initiating the #TakeAKnee movement, which ultimately cost him his career in professional football. “Believe in something even if it means sacrificing everything,” he says in the ad. Serena Williams and LeBron James—two outspoken advocates for social change— also star in “Dream Crazy.”

The 2-minute slot aired days before the start of the NFL season on Sept. 5, 2018, and ran during the Thursday night NFL season opener, sparking a firestorm of criticism. President Donald Trump attacked Nike by saying, “I think it’s a terrible message that [Nike] are sending and the purpose of them doing it, maybe there’s a reason for them doing it,” he told the Daily Caller in last year. “But I think as far as sending a message, I think it’s a terrible message and a message that shouldn’t be sent. There’s no reason for it.”

Despite the criticism, Nike proved that controversy sells as their sales increased more than 31% and their stocks reached an all-time high.

Kaepernick had played in and started Super Bowl XLVII for the San Francisco 49ers in 2013. He ended up losing his job and shortly after taking a knee during the national anthem to protest racial injustice in America. He has not played in an NFL game since 2016. He, however, has been under contract with Nike since 2011.

In May 2018, he and NFL player Eric Reid filed a collusion grievance with the NFL and settled out of court. Reid signed a contract with the Carolina Panthers and is currently playing.