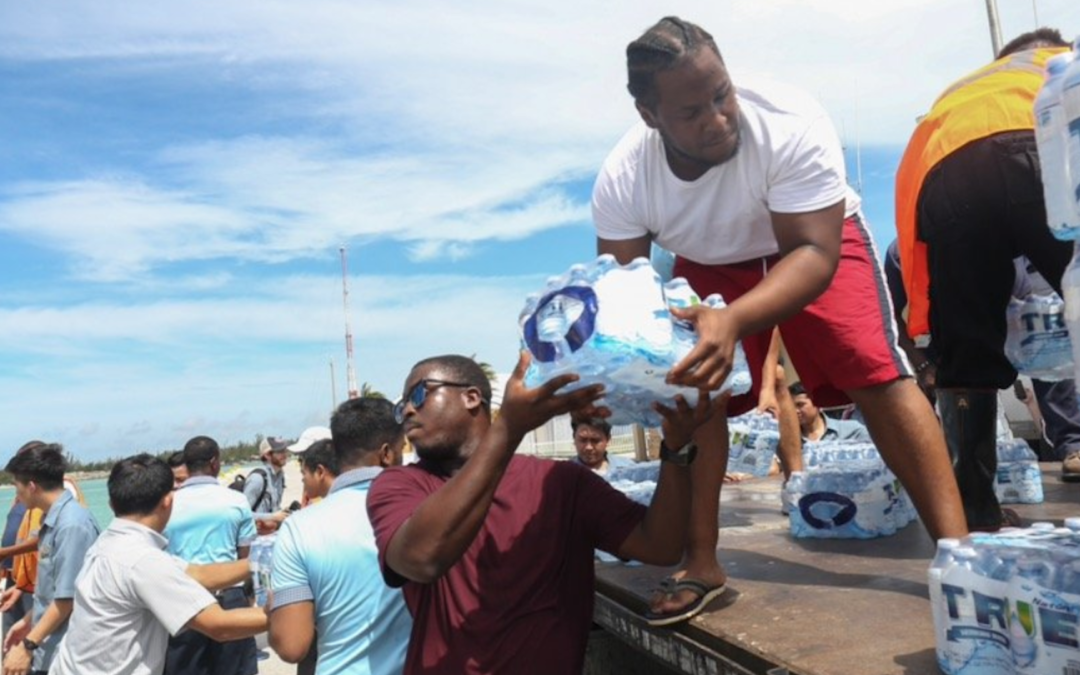 Last week, Hurricane Dorian devastated the Bahamas, leaving over 45 people dead, 70,000 people homeless, and hundreds of others desperate to find a way off of the island.

According to CNN, over 1,500 evacuees boarded the Grand Celebration Humanitarian cruise ship and landed in Palm Beach, Florida. Despite having the proper documentation to enter the country, the evacuees were told that anyone traveling to the United States without a visa would have to return.

“Another announcement just made ordering any Bahamian without a US visa to disembark ferry — not allowed to evacuate. They were told before boarding it was ok with Bahamian passport and a clean police record. Something has now changed,” WSVN reporter Brian Entin wrote on Twitter.

Another announcement just made ordering any Bahamian without a US visa to disembark ferry — not allowed to evacuate. They were told before boarding it was ok with Bahamian passport and clean polce record. Something has now changed. pic.twitter.com/m7CnZxoiMM

As a result of the announcement, 119 people left the boat. On Monday, the Department of Homeland Security spelled out visa requirements for Bahamians traveling to the United States via air or sea, which had previously caused confusion. .

Presidential candidate Beto O’Rourke tweeted his anger over the situation.

“This is the height of cruelty — denying help to those who need it most. This administration has said the words on the Statue of Liberty should be rewritten, and in their actions, they are already changing who we are as a country,” he wrote to his social media account.

To help in the relief effort, Tyler Perry sent private planes filled with supplies, water, juice, diapers, sleeping bags, hygiene products, and more to the Bahamas. Meanwhile, rapper Christopher “Ludacris” Bridges raised $100,000 for Hurricane Dorian relief. “Love to all of the fans and thank you from the bottom of my heart because we continue to lead by example, we continue to give back to the city, we continue to raise money for the inner-city kids and we continue to show love,” the rapper wrote on Instagram.