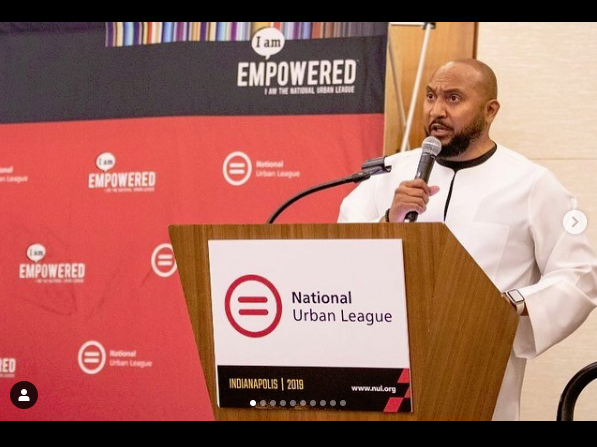 Aimed at building wealth accumulation for black Americans, JPMorgan Chase is committing $1.5 million over the next two years to the National Urban League (NUL) to help make that happen.

The investment will be used by NUL to launch its new Financial Savings Initiative, a program geared to help black households build savings and meet their long-term financial goals.

The announcement was made July 26 at the National Urban League Annual Conference in Indianapolis.

The program will include fintech tools that are being identified, tested, and scaled by JPMorgan Chase as part of its recently announced $125 million, five-year commitment to promote the financial health of people in underserved communities.

Black families and individuals will use savings, debt reduction, and other fintech tools including those developed by the Financial Solutions Lab to improve their personal finances.

The lab supports fintech innovations that help Americans boost savings, improve credit, and build assets. Innovations from the lab have led to more than $1 billion in savings for U.S. residents to date, officials say.

More than half of Americans struggle financially, experiencing high amounts of debt, irregular income and lack of savings. Some 52% of Americans do not have enough money saved or on hand for a $500 emergency, according to research from JPMorgan Chase and Morning Consult.

“Closing the racial wealth gap is a key objective of the National Urban League, and we’re proud to partner with JPMorgan Chase & Co. on achieving that goal,” NUL President and CEO Marc H. Morial stated in a news release.

“Through our network of 90 affiliates in 36 states and the District of Columbia, we can reach the people most in need of these financial tools and fulfill our mission of empowering communities and changing lives.”

Plans call for the civil rights organization to select 10 of its Urban League affiliates from across the country to integrate financial technology tools into their financial coaching programs.

“Too many black Americans lack access to the tools and coaching they need to save for the future. With initiatives like this one, more people can share in the rewards of a growing economy.”