Here’s everything we know about him. 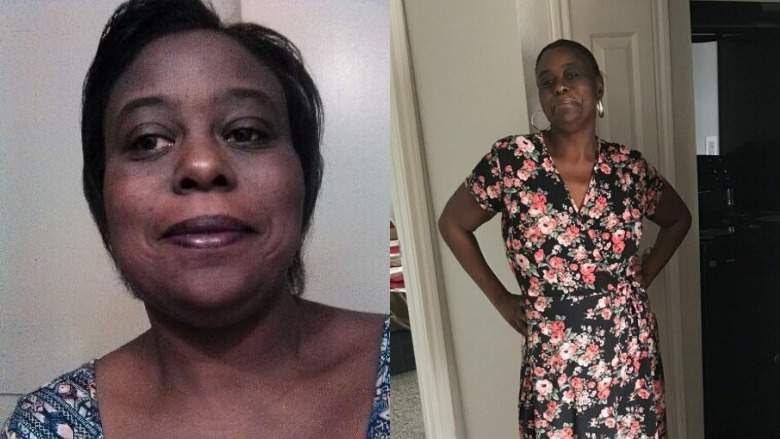 While the Baytown Police Department was apparently concealing the name of its officer who shot and killed an unarmed Black grandmother Monday night, social media sleuths were already working hard to make the killer cop’s name public to provide a semblance of transparency for the fatal shooting that law enforcement was being tight-lipped about.

The family has sent me a picture of #PamelaTurner . Please share this instead of that mugshot. #BLMHOU #SayHerName pic.twitter.com/QtrJb1rUos

The officer was reportedly patrolling an apartment complex parking lot in suburban Houston when he saw Pamela Turner, who police said he had “prior dealings” with. According to police, Turner, 45, had outstanding warrants, prompting the officer to approach and try to arrest her. As a struggle ensued, a bystander began recording video on his phone and filmed the officer using his Taser on her before pulling out his gun and shooting her multiple times at close range. His life never appeared to be in any kind of imminent danger, yet police have said Turner tried to grab his Taser despite apparent video evidence to the contrary.

CAUTION: The video of the shooting contains graphic imagery. Please exercise discretion if when watching it.

Afterward, police continued to assassinate Turner’s character by pointing to her criminal record but refusing to provide any information about the officer other than to say he is Hispanic. They failed to mention, however, that Turner suffered from mental illness, something her family confirmed. It was also something that the officer, during some of those aforementioned “prior dealings,” presumably knew about through their previous encounters.

Residents of the Brixton apartments in #Baytown have started a small memorial for Pamela Turner. She was killed during an officer-involved shooting. I have the latest on the investigation coming up at 5p. #khou11 pic.twitter.com/DRM0EHumXD

That’s why people like journalist Barrett Brown were working so diligently to identify the officer who was capable of killing an unarmed, mentally ill woman in what appeared to be the coldest of blood even though police are trained to de-escalate such encounters that are probably pretty routine.

According to Barrett, who founded the Pursuance Project — “a secure, open source collaboration tool for activists, journalists, and nonprofits” — the Baytown Police department officer who killed Turner is named Juan Manuel Delacruz, an 11-year veteran of the force who has reportedly participated in “other illicit conduct.”

The name of the #Baytown cop who killed a mentally ill woman last night is Juan Manuel Delacruz. Other info will be provided to any journalist who wants it. Join me now as I call his cell for an exclusive interview. https://t.co/mDN38vokw9

Barrett live streamed himself digging up information online about the person who he said was Delacruz, even trying to call him up. The call went to voicemail, but other social media users also claimed that was the officer’s name. Barrett even posted a photo of four police officers riding horses, claiming one of them was Delacruz.

Here he is, on the left: pic.twitter.com/BAsgEw7fk2

Barrett also said that Delacruz lives in the same apartment complex where he killed Turner and claimed to have much more information about the officer.

No, I released his name and revealed that he lives in the apartment where this occurred, the address of which was already public. If I wanted to dox him, he’d be doxed; I have his number, full address, info on his ranch outside Huntsville, and info on his other illicit conduct. https://t.co/j0VdQLNSdc

A Google search for the name “Juan Manuel Delacruz” did not turn up any significant results and none that matched Barrett’s claims. There was one LinkedIn profile for a Juan M. De La Cruz, a “Detective at Katy Police Department,” which, like Baytown, is located in the greater Houston area, but it was unclear if that was the same person who Barrett was referencing. Barrett said Delacruz was a former member of the Houston Police Department. Ironically, there was also a page on the Texas Department of Public Safety’s website for a “most wanted” fugitive named Juan Manuel De La Cruz who was considered armed and dangerous.

On the video footage from the shooting, Turner could be heard screaming “I’m pregnant!” in the seconds before the officer shot her. The Baytown Police Department went on to describe Turner as the aggressor in the Brixton Apartments complex parking lot.

Dorris announced later Tuesday afternoon that Turner was not pregnant, according to the Associated Press, which wrote that the lieutenant “didn’t elaborate on how police learned she was not pregnant. Autopsy results have not been released.”

#BLM
5 shots and she was as dead #BAYTOWN n pic.twitter.com/0uKjjnOG8N

Source: Social Media Says It Has Identified The Texas Cop Who Shot And Killed Pamela Turner