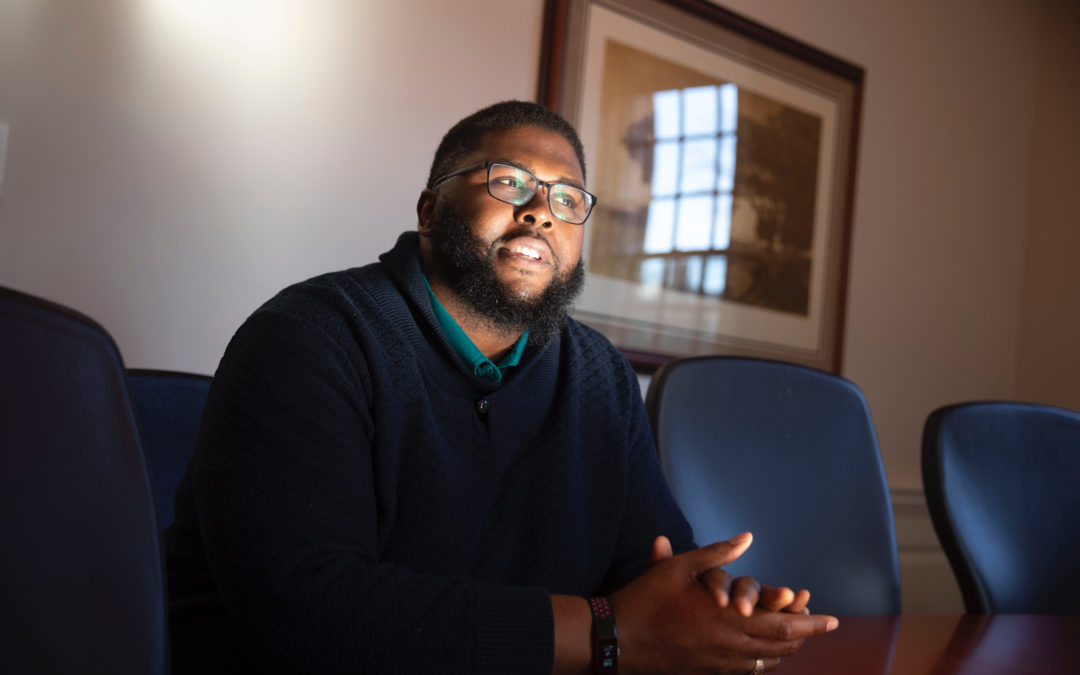 HGSE Professor Anthony Jack talks about his new book “The Privileged Poor” which is about the struggles of disadvantaged students at elite schools inside Longfellow Hall. Kris Snibbe/Harvard Staff Photographer

While excellence is a standard for many black people, privilege and opportunity aren’t as synonymous as linguistics suggests for those pursuing higher education at predominantly white colleges and universities.In the book, “The Privileged Poor: How Elite Colleges Are Failing Disadvantaged Students,” Dr. Anthony Abraham Jack, Junior Fellow at the Harvard Society of Fellows and Assistant Professor of Education at the Harvard Graduate School of Education, explores the complexities that lower-income students face in the world of academia.

Imagine living through adverse childhood experiences like housing insecurity, hunger, poverty and violence–and being one of the brightest students in your class. Now imagine receiving the opportunity to transcend your circumstances with access to a private and preparatory schools while getting glimpses of an upper echelon lifestyle. Students with those experiences are who Dr. Jack classifies as the privileged poor. Students who come from similar backgrounds but navigate the hallways and under resourced public school systems are referred to as the doubly disadvantaged. Jack’s research and book reveals the two groups of students are an overlooked diverse population.

In a sit-down interview with the Harvard graduate and professor, Jack shares why educators and decision makers in academia cannot simply rely on old policy and their competitive nature if they want to cultivate community, diversity, and success for all of their students beyond access.

As a first-generation college student who had the experience of attending a preparatory high school for one year, Jack would have identified as the privileged poor if his research existed while attending Amherst College. He says his time at Gulliver Preparatory also prepared him for the enculturation into the upper echelon. As a result, his personal experience coupled with stories from students inspired his exploration on how colleges are missing the mark when it comes to admitting poor students.

Through the experiences of lower-income students, Jack’s research sheds light on programs like Community Detail in which disadvantaged students are hired to work as janitors who ultimately serve their peers; the normality of being displaced without housing or food during holiday breaks; the mental and emotional toll that being poor among a community of affluent peers has on students; and being unprepared for the academic environment.