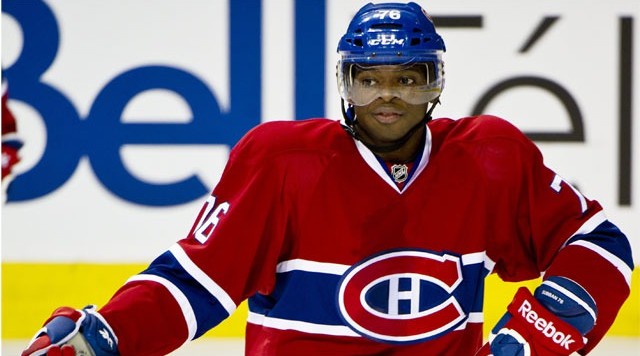 Somehow, PK Subban just became more awesome. It was announced today that the Montreal Canadiens defensemen will be donating $10 million (over seven years) to the Montreal Children’s Hospital Foundation.

With the $10 million donation, the Montreal Children’s Hospital unveiled the P.K Subban atrium, which will be named after the hockey star.

Subban is entering the second-year of an eight-year, $72 million contract, so his donation will last until the end of his contract. As CBC notes, this is the largest philanthropic gesture ever by a Canadian athlete. Amanda Stein of TSN 690 reports part of the donation will go to creating PK’s Helping Hand, which will assist financially vulnerable families.

Subban said he’s supporting the hospital because of the support Montreal has shown him.

“Last year Montreal made a long-term commitment toward me. Now it’s my turn to make an engagement to Montreal. Montreal has become my second home. Montrealers have taken me into their hearts for the past five years that I’ve been here… and I hope to remain here for a very, very long time.”

Martine Alfonso, associate executive director of the hospital said in a press release (H/T to Sportsnet), that Subban makes for an outstanding role model for patients.

“P.K. is a person of character, who strives for success, always working at new ways to stay on top of his game and he understands the value of teamwork. He is an outstanding role model for our patients.”